Based in the northwest Georgia city of Rome, State Mutual Insurance was founded in 1936 in the aftermath of the Great Depression.

Our origin is rooted in an event unique in the history of life insurance in our hometown. By a special act of the Georgia State Legislature, 113 local citizens were granted temporary licenses to act as insurance agents as part of a plan to resurrect a company that had been under custodianship of the state’s insurance commissioner since 1914.

Their goal was to sell $1 million of insurance. However, working without any compensation, they sold over $1.4 million worth of new life insurance policies in just three weeks. This influx of new business, along with additional policies already under management by the insurance commissioner’s office, formed the foundation for State Mutual Insurance Company.

This selfless act was the vision of six prominent citizens in Rome who wanted to provide a source of employment for the people of the town. Today, a large bronze plaque commemorating this historic event hangs on the wall inside the lobby of our company offices.

Since those early days, State Mutual has operated from several locations around Rome as we have grown and needed additional office space. With each move to a new home office, the plaque has been lovingly removed and displayed with pride.

State Mutual is a mutual insurer, which means we are owned by our policyholders and run for their benefit. Our company was originally chartered under the laws of Florida because there were no legal provisions at that time in Georgia to accommodate a company without stockholders in Rome. In 1982, we were finally officially re-chartered in Georgia.

In the late 1980s, State Mutual was a pioneer in the consolidation of the life insurance industry. Six other life insurance companies – mostly other mutual insurers – were purchased and absorbed by our company over a period of about five years. What had been a small regional insurer found itself with State Mutual policyholders and agents operating in all but a few states. During this time, a local savings and loan bank was also purchased by State Mutual, rehabilitated, and later sold.

During the 1990s State Mutual made a commitment to offer insurance products to the senior market. Life insurance and Medicare Supplement products were developed for older Americans, and by the early part of the new century, our company had over 100,000 Medicare Supplement policyholders, many of whom also had life insurance policies with State Mutual. As part of our new focus on the senior market, State mutual partnered with a national marketing company that provides products to seniors through thousands of agents nationwide.

State Mutual has reduced expenses and improved efficiency and service by transferring most of the administration of policies to its Florida-based operational center. This includes policy underwriting and issuance, policyholder service, and claims payment.

Today, our company focuses on products that protect our customers from gaps in their health insurance. We specialize in helping customers in traditionally under-served rural markets with supplemental policies for accident protection, cancer, heart attack and stroke, chronic disease, hospital confinement and Medicare Supplemental Insurance.

Coming full circle, we are presently located in an historic manufacturing building in downtown Rome, very near the location where our history all began in 1936. 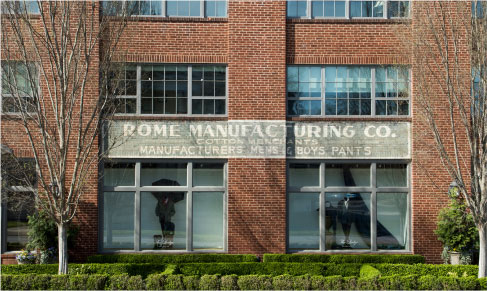 Our historic building in the heart of Rome 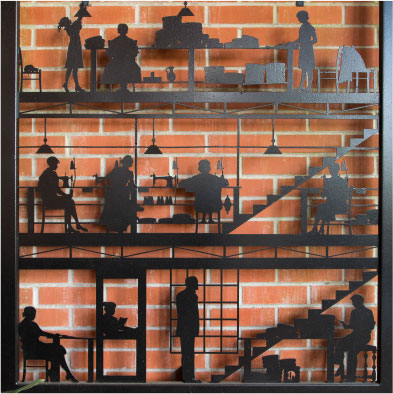 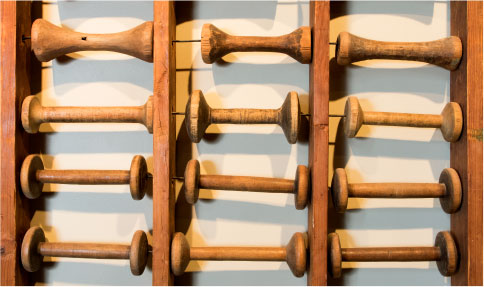 Onsite museum with old spools from the textile plant. 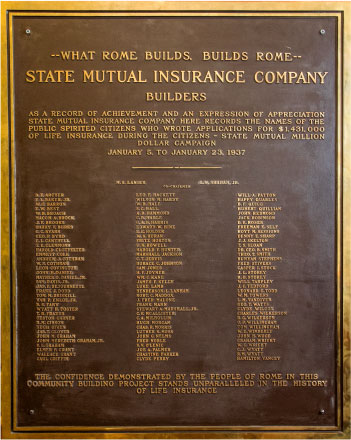